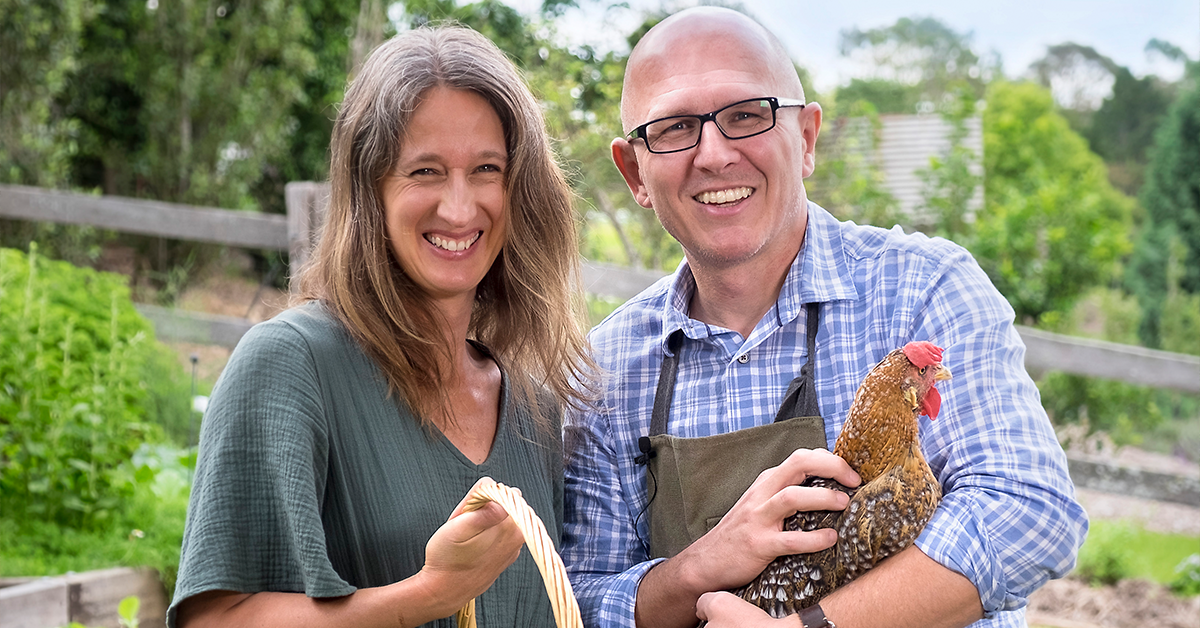 Isn’t hindsight a wonderful thing? A chance to look back on what you have done and choose option B over A. Or just choose any option at all over procrastination. When we are in the thick of it though, it’s a lot tougher to make those calls because you’ve got a thousand things demanding your attention and only so many hours in the day.

We’ve had some good success building the Aussie Gardener brand. We now have about 80,000 customers from all over Australia. A Facebook community of 52000 and over 10,000 product reviews. But there are some things if I had the chance to do it again, that I would definitely change. Hopefully, this article will help an entrepreneur out there to do more things right the first time than I did.

Early on when we launched with one hero product called a Power Planter, we knew that getting the word out there was the biggest priority. It was a product that hadn’t been seen in Australia before and needed to be demonstrated to show how it works and why you would want to buy it.

Facebook seemed the most obvious choice and we started running video ads and seeing if anyone would be interested enough to buy. Thankfully our audience saw the same value in this clever tool as I did, and we started getting orders coming in.

Running Facebook ads for an ecommerce business or service based business is like gambling. You put a coin in the machine and it spits out a result ‘We got you a sale. Do you want to play again?’. Pretty soon the game starts multiplying into the thousands of dollars and slowly the cost of getting each sale (a conversion) keeps creeping up. But it is working and bringing in sales so you increase your limit on your credit card and keep on playing, consoling yourself with all the reward points you are earning for business class plane rides!

The problem with this strategy is that it all relies on putting more money in the Facebook machine and you are at the mercy of what they decide to charge you. It’s impossible to really know how they come up with the conversion costs because you can’t dig deep in the data and actually see. Turn off the ads, and the orders start drying up very fast.

A better strategy early on would have been to start off spending 100% on ads just to get things going for a few months. Build up some good reviews so you have social proof, but then start to work on creating content for your slowly growing audience. Content in the form of tutorials, not just about the product but about anything related to the product. In our case, that was gardening.

By the second quarter, we would have been wise to be spending 90% on ads and 10% on creating helpful content. The great thing about content is that it is everlasting. It doesn’t dry up when you take away the credit card.

By the third quarter, we should have dropped to 80% ad spend and 20% on content and so on.
Why do it in steps like this? Because content takes a while to become profitable. It doesn’t instantly appear on search engine listings and it’s not as direct as video ads which lead to a sale within a day or two.

Ideally, by now we would have a huge library of content, be appearing everywhere in gardening searches, and be overall less reliant on high ad spend.

That’s my lesson one.

I’ve now started changing that around by creating an Aussie Gardener Magazine. Not a printed one, but a new type of online magazine called Mobimag. It’s designed to be easy to read on mobiles and tablets but still works on desktop.

The magazine gives us a structure to write for. Roughly about 12 articles. We then carve it up to create blog posts, and email content out to our list and they love it! I now have something to send them every couple of days and our unsubscribe rate is below 0.05%.

Looking back on this I really question what I was thinking in leaving this one on the table. We were growing so rapidly that we were kept flat out, just managing orders, customer enquiries and other growing pains. Taking time to write emails to our list kept getting pushed to the bottom and as a result, we missed a huge opportunity that has now become very apparent.

The significant key to making emails work is that you can’t just keep sending product focussed emails with things on sale. People get tired of that pretty quickly. We saw a huge amount of people unsubscribe over time which I was a bit annoyed about, but really so were they and hence why they unsubscribed.
I wasn’t nurturing them. I wasn’t building a community… I was spruiking my products over and over.

So it ties into lesson number 1 about producing content.

I put off writing emails to our list because I had nothing new to say. Once I started producing the content regularly, I became excited to send them out to our list and they responded well. Very well in fact. Now sending out an email brings in $3000 to $30,000 in sales per email and some of them don’t even mention a product!

Once I saw this in action, I realised how many thousands of dollars in sales I had missed out on by simply not looking after my customers via email.

Now we have emails going out every few days and some of those are products on sale, and others are garden tutorials, competitions and more, usually with products carefully placed throughout the content providing solutions to problems in their garden.

If you look after your audience, you should be able to earn 40% of your sales from email alone. Did I just pique your interest?

Just because Facebook was the most obvious choice for our business model, it doesn’t mean you should limit yourself to only getting customers through that platform. That can be dangerous, because Facebook likes to change the rules every so often and what was once a cash cow, suddenly becomes a starving cow.

Believe it or not, there is a whole new world outside of Facebook and Instagram and plenty of people who aren’t into either of them. Particularly in our demographic which contains a lot of seniors.

Don’t overlook the other platforms for your ecommerce or service based business, because there is gold amongst them too.

Don’t get caught up in the Facebook Ads hype that says their algorithm gets you more buyers. People are still people and behave somewhat predictably. Connect and inspire them, build a community and give them solutions to the problems they have.

No really they can’t. It should be some pretty simple math, if I order 500 units of a product, I should receive 500 units. Early on I made the silly assumption that suppliers were very careful with how they prepared their pallets of goods they were sending us. We just received the stock and got onto selling it.

In the past 12 months, we have been actually counting the products received into our warehouse and finding huge errors that amount to thousands of dollars.

One time a US supplier sent us a whole extra pallet of stock that he hadn’t invoiced us for. In this case, it was very much in our favour and it would have been very easy to just quietly count it as an unexpected win.
I encourage you to run your business with integrity. It’s not a win unless it’s a win-win. I want my suppliers to succeed in business just as much as I want us to do well.

Letting them know of their error which equated to about $10,000 meant our relationship with that supplier was taken to a whole new level of trust and friendship. Later on, when we had a tough period with Bushfires in Australia we had to call on that friendship to extend our payment terms and they were right there partnering with us.

Our warehouse usually counts the outer cartons rather than the individual products. So for another particular product, the printing on the outside said that it had 30 units in the bundle. We entered 30 into our stock. When doing a stocktake at a later date this particular product was out by some 60 units. A value of about $1200. Annoyed, I put it down to our warehouse staff making a mistake and sending too many out to customers. It wasn’t until one day we were down to a small quantity left that we manually counted one of the bundles and found that even though it had written on the outside it contained 30, each bundle only had 20 units!

This had been happening every time we ordered and the supplier had no idea the manufacturer overseas was shortchanging them.

Put systems in place to check incoming stock for accuracy. It will make your life easier when keeping track of stock and it may mean a windfall for you or the supplier. Either way, it will feel good.

Probably my biggest mistake right here and something I still struggle with. I know that I can do the most good in my business as a leader, not a doer and yet I find myself getting bogged down with the doing.

A good leader is there to serve their team and to help bring out their best.

The problem is that it was faster for me to just do it myself and most of the time I was pretty good at it. But this is never going to equate to fast growth because you always have the same limited time every day.

There is no scaling that up.

We had grown so fast that I didn’t have time to really think about hiring more staff and all that goes with that. I had a small tight-knit team that got along and I didn’t want to risk breaking it.

When I look at other fast-growing businesses, the leader is not spending their day doing tasks that someone else could do. They focus on steering the ship, motivating the crew and setting a course with a big vision in mind. I wanted to be that kind of leader but something always held me back. Perhaps it was the employee that I had in a previous business who stole from me? Or perhaps I was just too comfortable in what I was doing in the day to day.

Either way, I’m sure that had I employed more staff in those roles that I was covering, we could have grown to be twice the size by now. It is my achilles heel but now I’m saying it publicly, I guess I have to take action.


None of us is perfect and running a business has so many moving parts, it’s amazing that we can make any money. So don’t be too hard on yourself. Keep on learning from others, stay connected with people and pat yourself on the back every so often for a job well done. The most important thing is that you are giving it a go and taking a risk. Not everybody can do that.

P.s. Want to grow your own veggies at home? Sign up for our free lessons at www.veggieclasses.com.au
Hint… this is content that helps us sell more products.
P.s.s If you are an established business or budding entrepreneur within the ecommerce industry, please contact Business Blueprint, that way you and I can meet online or at their conferences. I am always keen to share and learn with you. 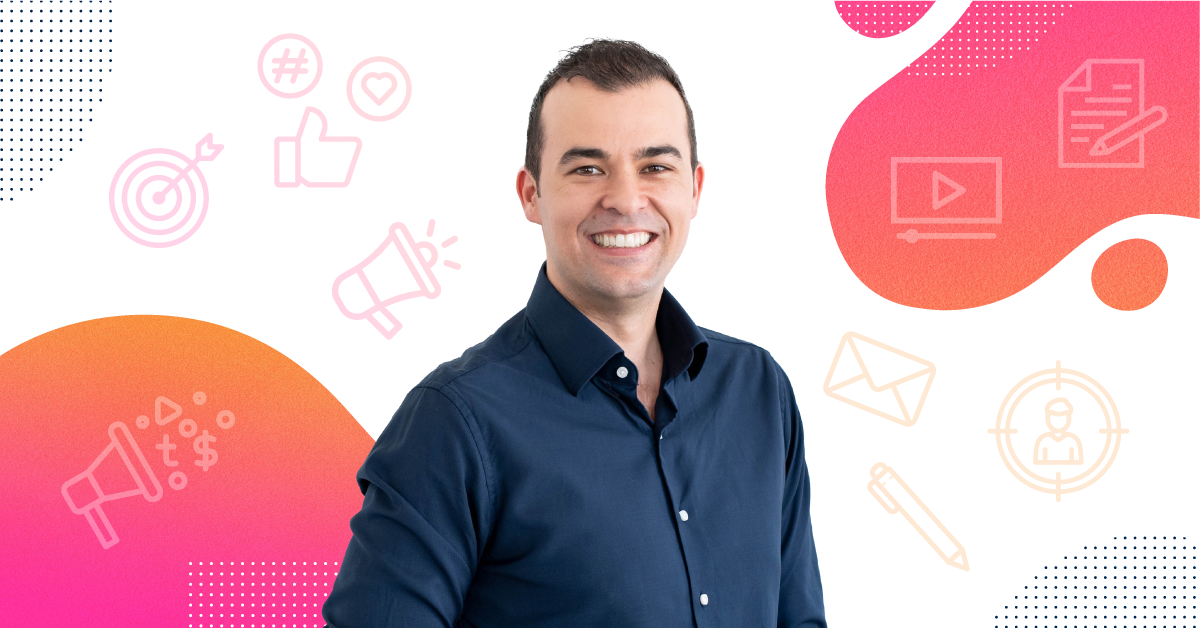 10 Practical Tactics to Amplify Your Marketing 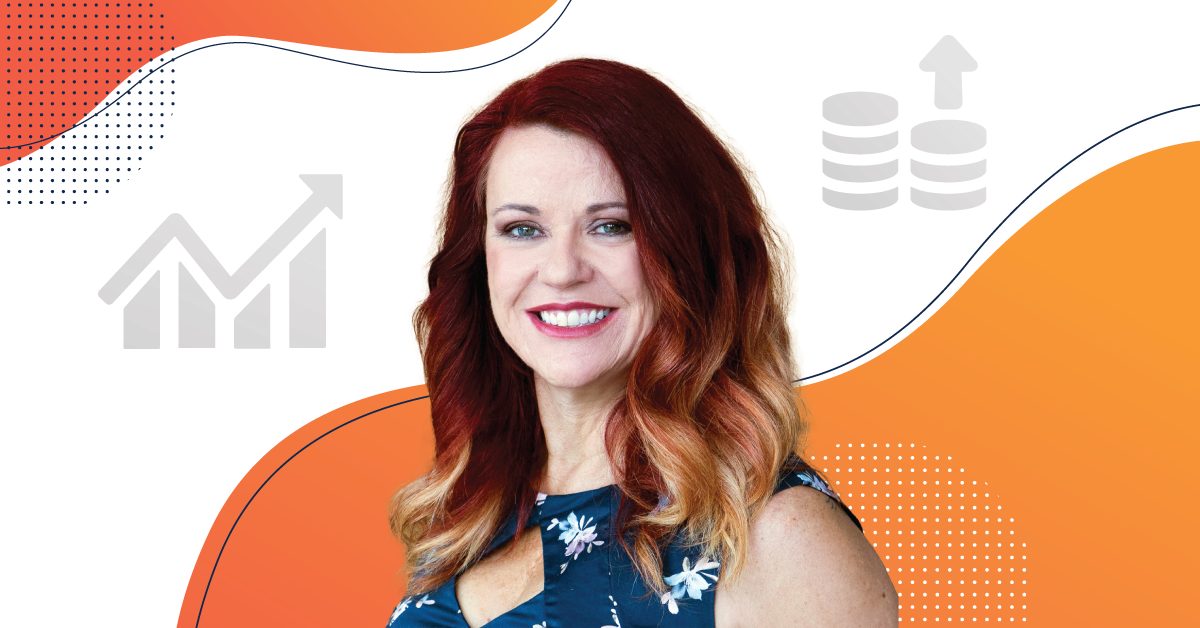